Secure your spot and get started today with our EXCLUSIVE offer!

By opting into the web form above you are providing consent for Elevate Martial Arts to send you periodic text messages. Standard rates may apply. You can reply HELP at anytime or learn more. You may opt-out anytime by replying STOP. 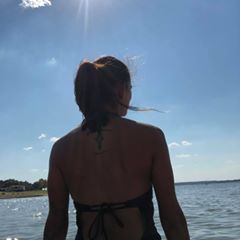 I love doing the Kick boxing class I started in the beginning of January and have lost 15lbs so far. I can’t wait to see how much I love next month! 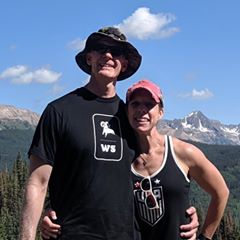 EMA has been a great place to introduce martial arts to my boys. The Siedel family runs it well. It's a nurturing environment to develop discipline, coordination, balance, strength, endurance and character. 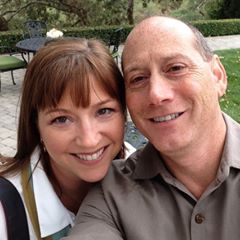 Elevate Martial Arts is fabulous! The values, dedication and integrity that they instill in each student is truly amazing. We are grateful our son has the opportunity to be a part of the school. Thank you to the Seidel family for all that you have done for Colin, we appreciate each and every one of you! 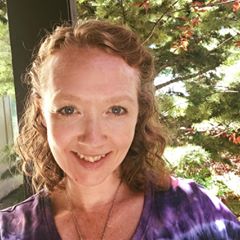 We love Elevate Martial arts! It's a great place for the family to train together, in a supportive environment. My kids have increased in confidence and respect because of their training. They are learning to work hard and persevere toward their goals. Students encourage and help each other and learn how to be leaders and teammates. You never know when kids get involved with sports if it is going to be a positive experience, but here I don't have to worry. Definitely recommend. 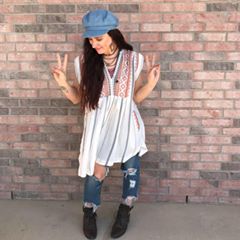 My 8 year old son absolutely loves it here...after looking at several local places that offer karate, Elevate Martial Arts stood out by far as the perfect fit for him. Between the level of excellence and personal connection this family owned business is top notch and in my opinion the best in the area! 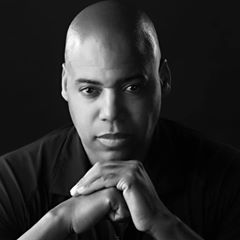 A great martial arts school ran by a phenomenal family of martial artist. Not only do they place an emphasis on leadership skills, but they also focus on the academic development of their school age students. This is a place where students can learn and grow in a safe environment and where the instructors will not let you fail. You will reach your full potential. They will make you work, you will sweat, and you will break barriers, but it will all be worth it in the end! 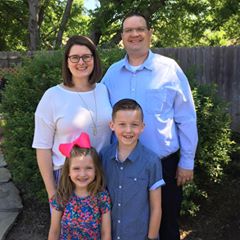 My son has had the BEST time at Jedi camp!!! He’s already asked if he can go for the rest of summer and told me to register him next year! Appreciate all of the activities and lessons!! 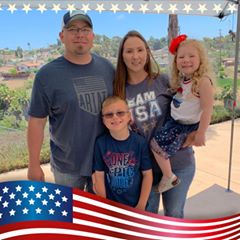 My favorite part of Elevate Martial Arts is the character building they do. They do not just teach karate skills, they teach solid life skills. The owners are absolutely wonderful! They always have a great attitude, are very patient and very kind. Could not recommend this place more!!!

Request information today to learn more about our programs! Get Started Now

As parents, we make it a priority to stand guard against the many dangers our children may encounter.  We make sure the outlets are covered, install gates around the pool, place locks on the cabinets and make sure they’re attended to while outside.  All of these are extremely vital to our children’s safety but there is a hidden danger that can cause severe damage that many mistakenly overlook.  The danger is “Words.”   We’ve all heard the saying, “Sticks and stones may break my bones but words will never hurt me.”  Well, psychologist have proven repeatedly that this statement is far from accurate.  In fact, words have been shown to have far more damaging affect even beyond physical harm.  I’m sure, for many of you, this isn’t really news, however, the rise in consistent negative self-speech from children and youth is at an all time high.

If you’re a Christian, you’re no doubt familiar with Proverbs 18:22, “Death and Life are in the power of the tongue and those who love it will eat it’s fruit.”  Hear is the same verse in the NLT translation, “The tongue can bring death or life; those who love to talk will reap the consequence.”  Many scholars say the word tongue can be interchanged with “words.”  Death and life are in the power of our words.  There’s also another verse that says; “For assuredly, I say to you, whoever says to this mountain, Be removed and be cast into the sea, and does not doubt in his heart, but believes that those things he says will be done, he will have whatever he says.” Mark 11:23.  Now, I’m aware not everyone is a Christian so you may not find the Bible relevant, BUT what if, the same statements were proved out by science, would it be considered credible then?

What Does Science Say?

It just so happens, there have been many scientific studies done on the power of words and here’s what was found.  Studies showed that positive and negative words not only affect us psychologically, but have a significant outcome on our lives.  In a neuroscience experiment, “Do Words Hurt? Maria Richter and colleagues monitored brain responses to auditory and imagined negative words.  They discovered, painful or negative words increase Implicit Processing (IMP) within the subgenual anterior cingulate cortex.  Negative words released stress and anxiety inducing hormones.  The study found increased levels of anxiety in children associated with higher rates of negative self-talk.  Negative words, whether spoken, heard, or thought, not only caused situational stress, but contributed to long-term anxiety.

If negative words can induce anxiety and stress, we have to ask what can positive words do?  In their book, Words Can Change Your Brain, Dr. Andrew Newberg and Mark Robert Waldman state, “A single word has the power to influence the expression of genes that regulate physical and emotional stress.”  According to their research, exercising positive thoughts can literally change one’s reality.  “Holding a positive word in your mind stimulates frontal lobe activity, which connect directly to the motor cortex responsible for moving you inro action.  Further research showed, the more you focus on positive words, the more you begin to affect other areas of the brain.”  As humans, our thought patterns directly shape our perception of our world and those around us.  Our thoughts become our words, which become our language.  Our language then becomes our reality, which becomes our future.

Japanese scientist, Masaru Emoto conducted some amazing experiments on the effects of words on energy in the 1990’s.  When frozen, purified water will form perfect snowflake life crystals. Emoto  poured purified water in containers, labeled “I hate you” or  “fear.”  After 24hrs, the water no longer crystalized and formed gray, misshapen clumps instead of lace like crystals.  In contrast, he placed labels like, “I love you,“ or  “Peace” on container filled with polluted water.  After 24hrs, they produced gleaming, perfectly hexagonal crystals.  Words bring energy and vibrations.  Sound vibrations travel through water four times faster than it does through open air.  How does that affect us as human beings?  According to H.H. Mitchell, Journal of Biological Chemistry 158, our brain and heart are composed of 73% water, the lungs about 83%, our skin 64%  and our muscles and kidneys 79%.  Even our bones are 31% water.  So if positive and negative words can literally change the structure of water molecules, we can clearly see that our brain which controls our psychological and emotional well being can either be empowered or significantly damaged by the words we hear and speak.. 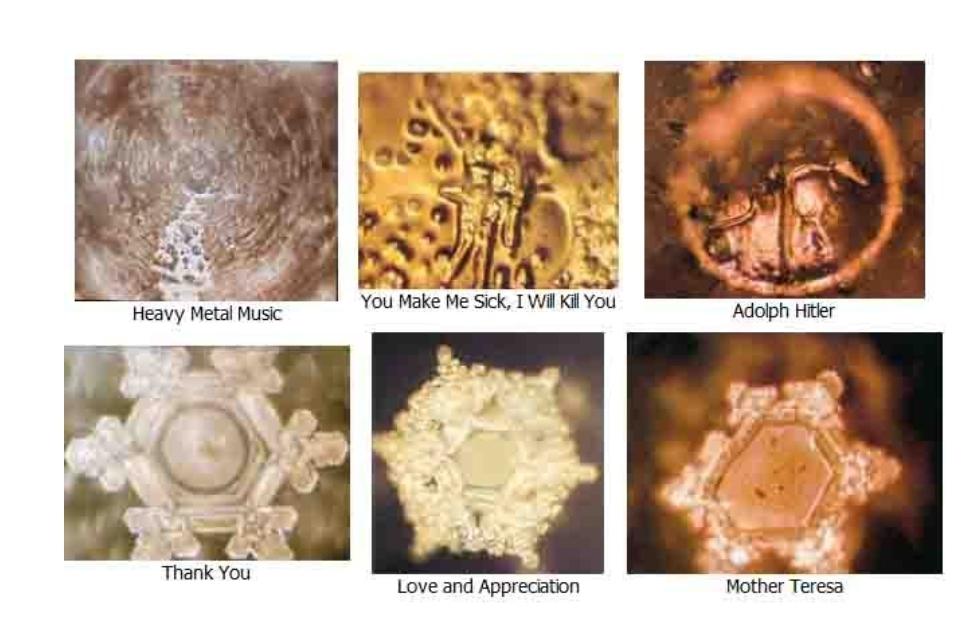 If you take a little dip into Quantum Physics, you’ll find that words absolutely can and do change molecular structure in living cells.  What does all this mean for your children?  I have had the opportunity to work with all kinds of children over the past three decades as an Early Childhood Development and Martial Arts Instructor.  I’ve worked with Pre-K thru High School, children with various disabilities, gifted, kids on the spectrum and have witnessed quite a bit over the years.  I have most definitely witnessed a change in the area of language.  In times past, if an adult heard a child say, “I can’t do it,” they would quickly in turn say, “we don’t say I can’t.”  Coaches from all sports would cringe at the sound of the words,, “I can’t.”  Today, “I can’t” is widely accepted as a given reality.  What else has become a reality?  The number of cases of childhood anxiety and emotionally related problems.  If you take a moment and really listen to the language of children today, you’ll discover a few things.  Today’s language is laced with fear and words of self-doubt.  As a result, we’re witnessing more fear, anxiety and emotional breakdowns.  Childhood should be fearless, light-hearted and adventurous but too many children these days, are carrying heavy burdens.

Our brain uses repetition to learn, it searches for patterns.  There is something called The Illusion of Truth Effect.  Basically, this means that whatever we; see, hear and speak repeatedly becomes more valid then what we have experienced occasionally.  Ironically, it makes no difference whether that information is true or false.  Research from the University of Santa Barbara clearly showed, a weak message repeated twice becomes more valid than a strong message heard only once.   When your child consistently makes negative comments about the way they; look, act or feel, that message now becomes their new reality.  Statements like: I’m ugly, I’m stupid, I can’t do it, it’s too hard, no one likes me, begin to form an image for your child.  Eventually, they begin to believe that this is the person they truly are.  Even though none of these statements are actually true, they become their truth.  In contrast, kids who are confident and happy going are children who have language that identifies value and self-worth.

Death and Life truly are in the Power of our own Tongue, so how can we protect our children from this very real danger?

Bottom line, our children’s futures are directly related to what they believe about themselves.  It’s impossible to do extraordinary things with self-loathing thoughts.  As a man “thinks,” so is he.  All you have to do is listen to a person’s speech to know what they think about themselves.  Don’t allow your children to sabotage their future before it even begins.  Teach them the power of words.  Teach them that there is a language which promotes success and a language which promotes failure. Teach them to use their words to create, frame and design the future they desire.  I encourage you to do further study on your own on how powerful our words are.

“Look!” he said. The people are united,

And they all speak the same language.

After this, nothing they set out

to do will be impossible for them!